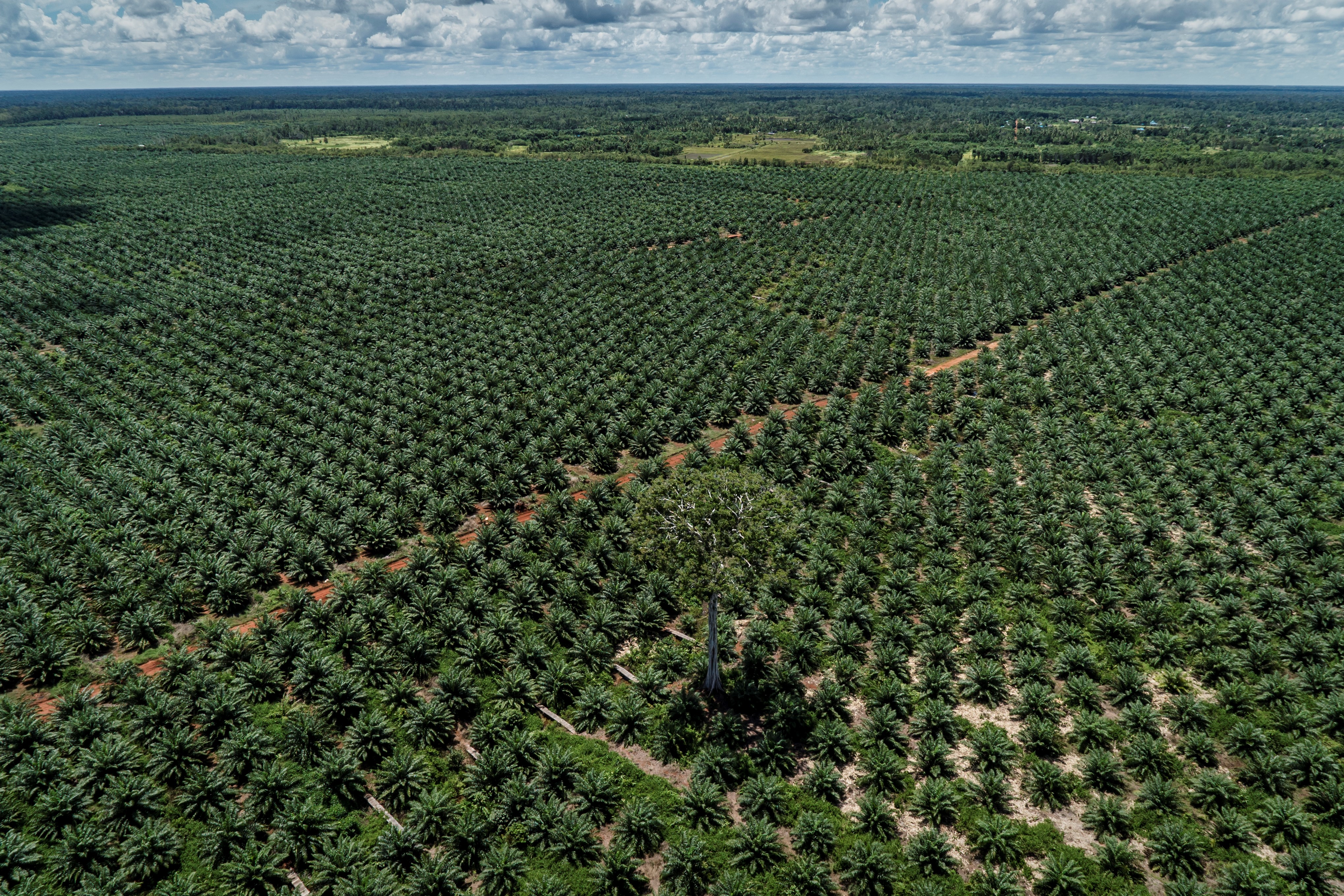 Surprisingly, palm oil-driven deforestation increased 14% from the previous year, with 18,830 hectares of forest converted in 2022 compared to 16,530 hectares cleared in 2021.

This is good news and demonstrates some commitment from the Indonesian government and the monitoring of NDPE commitments.

Nevertheless, satellite imagery has shown an increase in deforestation in Papua, the country’s final frontier. Palm oil-driven deforestation declined or stabilized in Kalimantan and Sumatra, but doubled in Papua from the previous year, with 2,123 hectares of primary forest converted. This number remained well below 2015, when the palm oil industry cleared >30,000 ha of forest.

The satellites and cadaster compiled in Nusantara Atlas also reveal that scores of companies still engage in deforestation and peat conversion for oil palm.

In 2022, > 41 companies engaged in deforestation for oil palm, and > 18 exploited peatlands, including on orangutan habitat (e.g. Permata Sawit Mandiri in Kalimantan), despite efforts to prevent deforestation and peat conversion.

Tables 1 and 2 at the end of this document report the complete list of companies converting forest and peatlands to industrial monoculture oil palm in 2022.

PT Permata Sawit Mandiri supplied NDPE markets in 2022 through the mill of the company Goodhope (until the end of January 2022), and Bumitama’s Bukit Belaban Jaya mill in West Kalimantan.

Ciliandry Anky Abadi keep disregarding the law by clearing the ancestral lands of indigenous peoples, even after their permits have been revoked, such as PT Inti Kebun Sawit and PT Permata Nusa Mandiri in Papua.

Indigenous People strongly opposed the development of oil palm in the area managed by PT Permata Nusa Mandiri because land overlaps with the ancestral lands of the Namblong People. On Feb. 28, the Jayapura government ordered the company to halt its forest clearing activities, to no avail.

Despite genuine and dedicated conservation efforts by Park Offices, deforestation for palm oil accelerated in 2022 in some key protected areas: Tesso Nilo national park in Riau, Rawa Singkil Nature Reserve in Aceh, and the Leuser Ecosystem, the home of orangutans, elephants and Tigers.

TheTreeMap endeavours to protect tropical forests through scientific research and advanced monitoring platforms. We are cartographers, remote sensing engineers, software developers, and field investigators.  We empower civil society with the tools to detect deforestation in real-time and ensure what happens on the ground is fair, transparent, and democratic. We build systems that check the deforestation footprint of agribusinesses in tropical forests to ensure sustainable production. Our work is based on the premise that no one wants food and other products to be the cause of forest destruction.

Palm oil-driven deforestation in Indonesia slowed to a 20-year low in 2021 and is stabilizing in 2022. It is good news, but we see worrying developments in Tesso Nilo National Park, Riau Province, Sumatra. Deforestation is accelerating again in Tesso Nilo. Despite genuine and dedicated conservation efforts by the Park Office, the rampant, and illegal clearing of […]